Last month Charlie came to visit me for his 1st birthday Cake Smash Photo Shoot at my studio in Garforth, Leeds.

Charlie’s mummy wanted a blue and grey theme and decided to add stars into the mix after looking through some of my previous Cake Smash shoots. 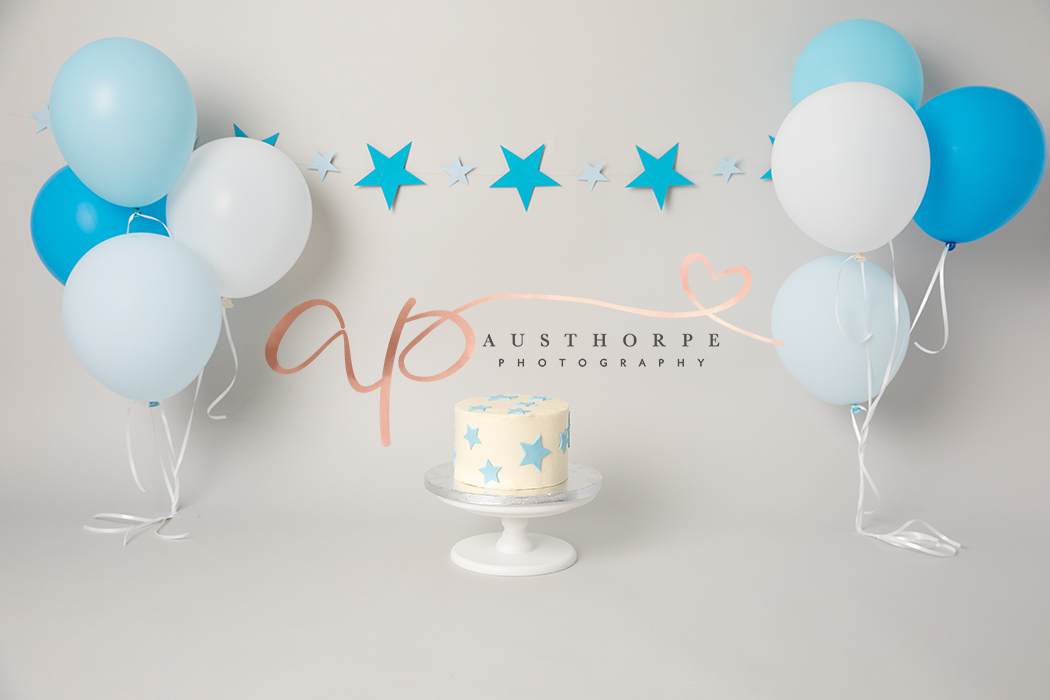 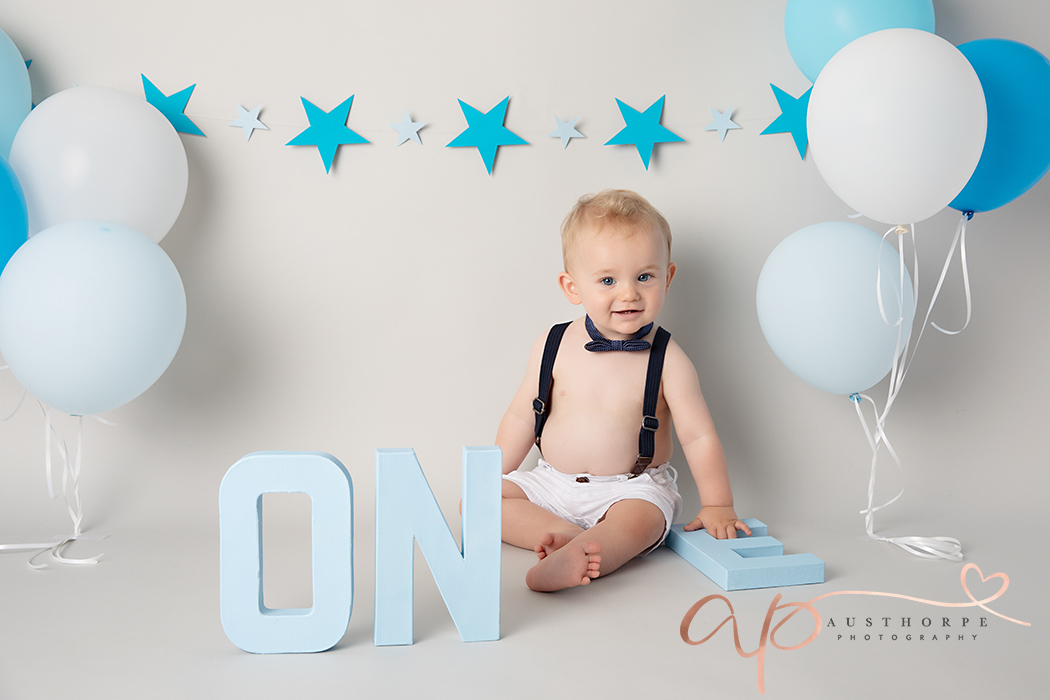 The cake (which was made by a local cake decorator) was covered in soft, white buttercream (perfect for smashing) and finished with mixed sized fondant stars. 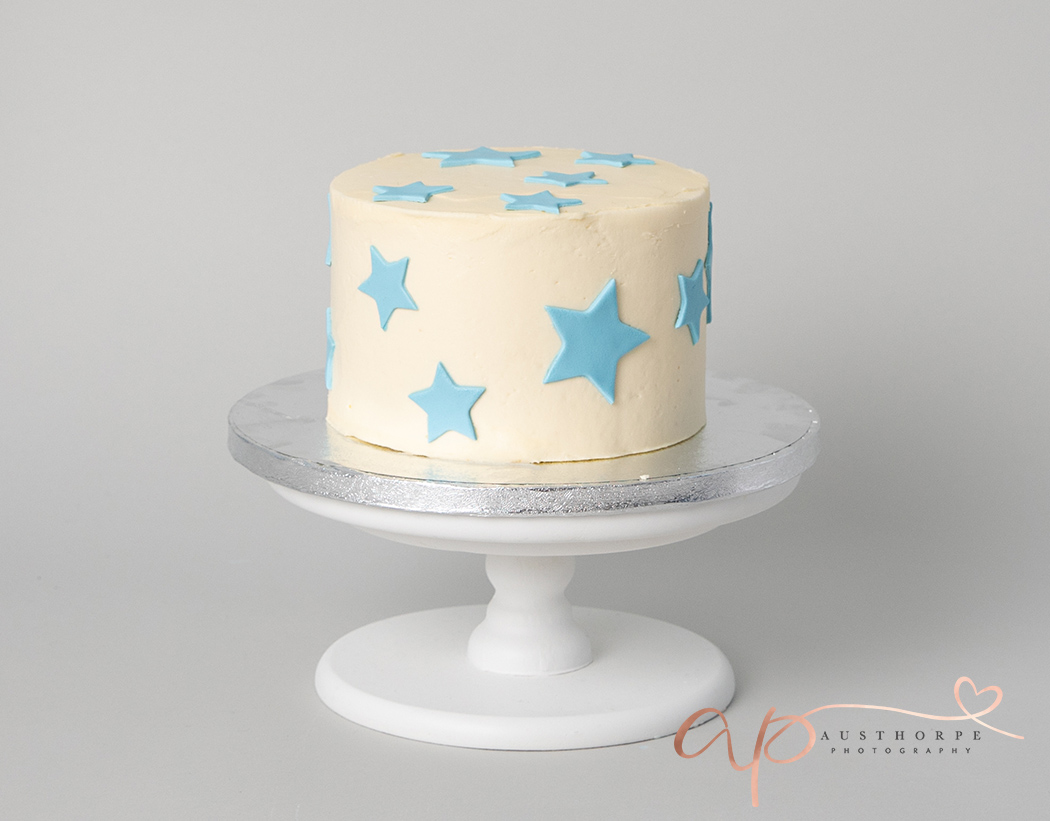 We did Charlie’s shoot on the hottest day of the year! And I was a little concerned about his beautiful buttercream covered cake surviving the heat but we need not have worried and mum and dad assured me that the cake tasted delicious (I always encourage parents to take home the leftover cake).

Charlie was brilliant from the very start of his shoot and had no hesitation in exploring the set, playing with the balloons and giving me lots of smiles.

When we brought his cake out, he looked very pleased and we had so much fun watching him taste the buttercream while a photographed away. 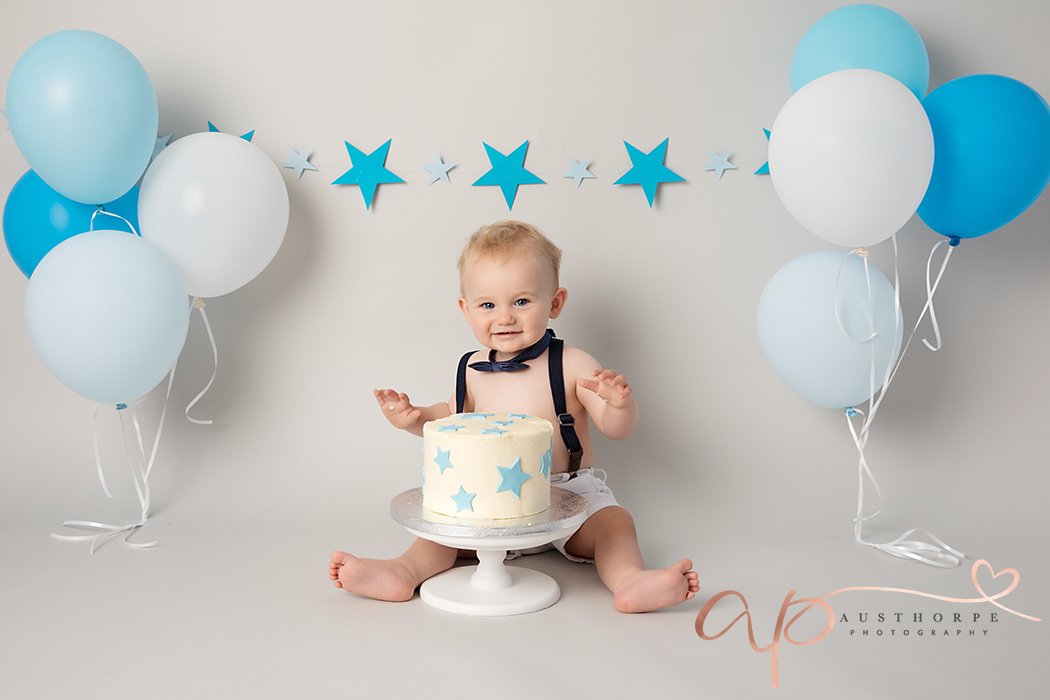 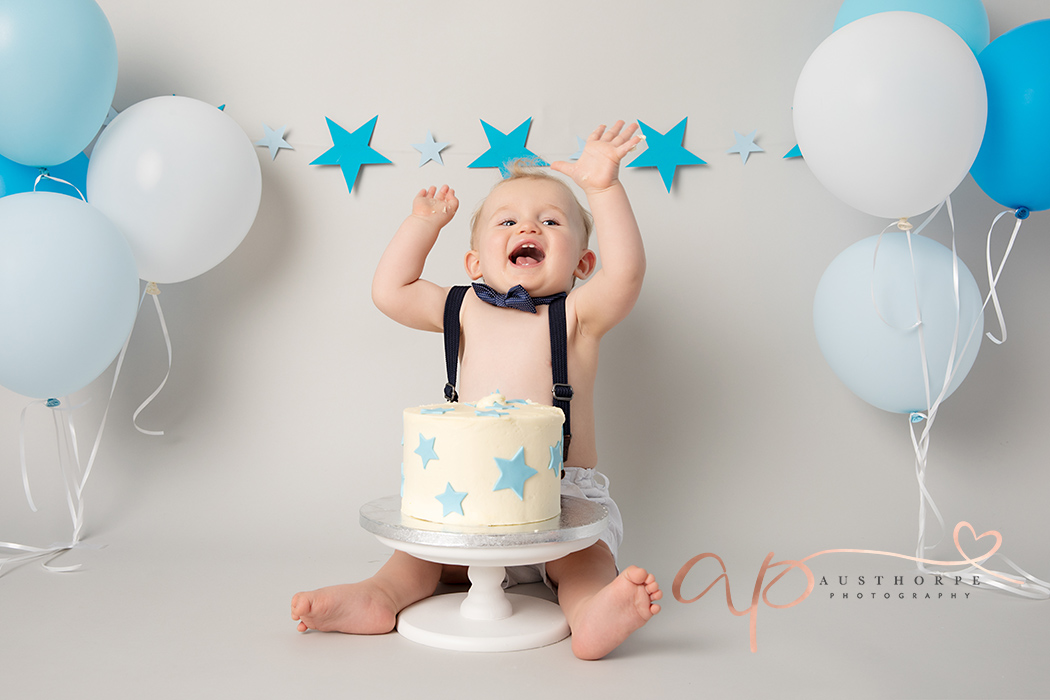 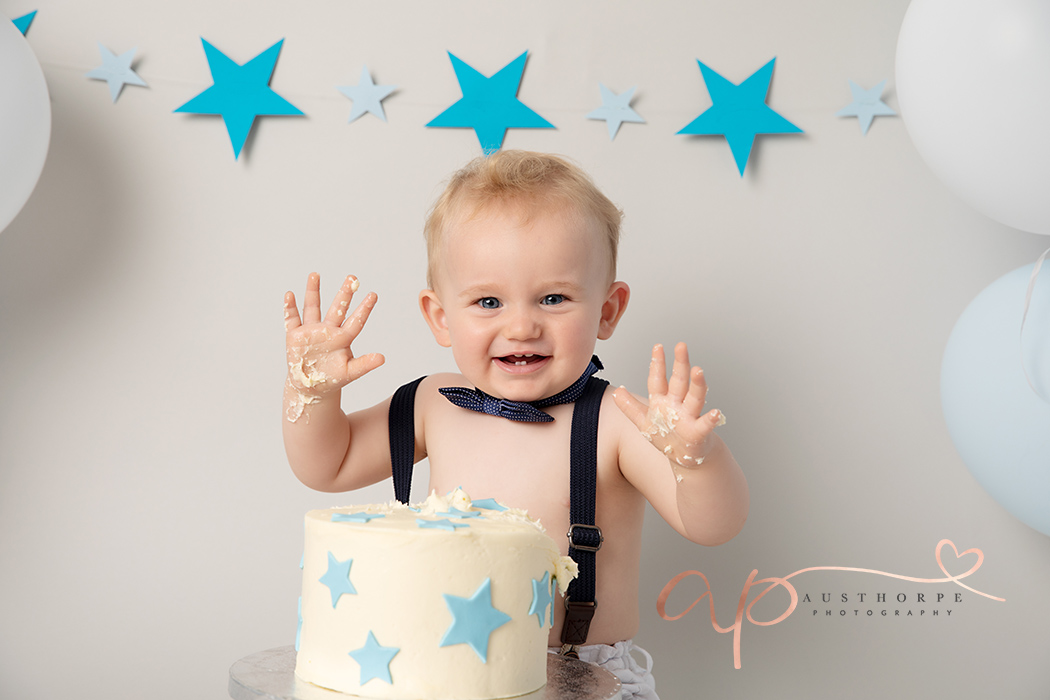 Some babies love to dive straight into their cake and smash it to pieces and others need a little help getting in. We handed Charlie a wooden spoon and he had lots of fun digging away at his cake. 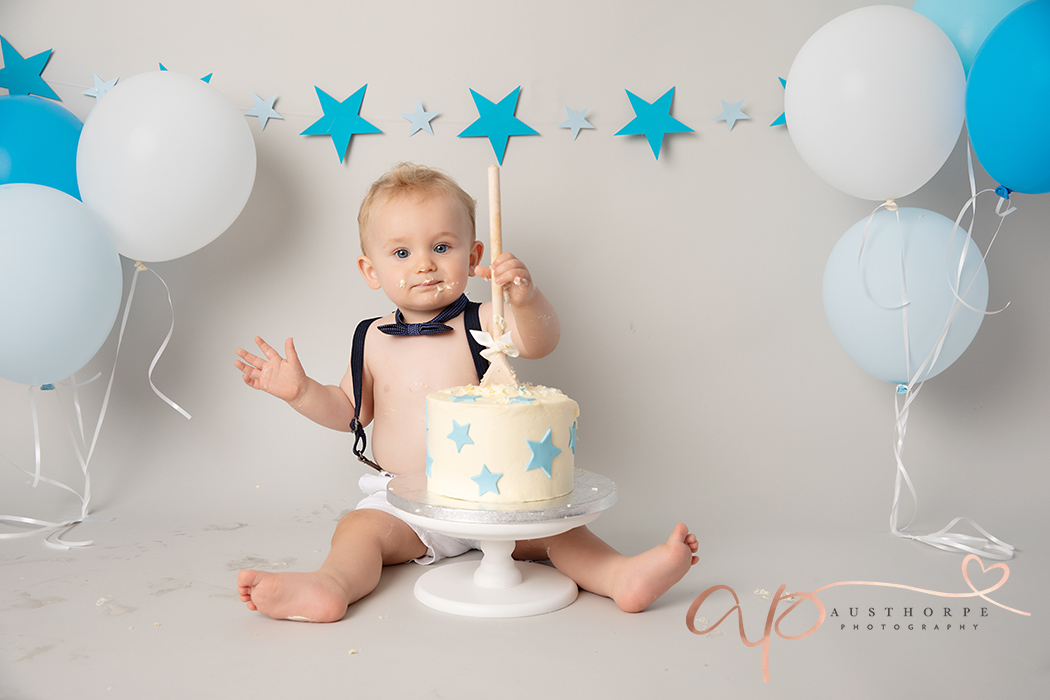 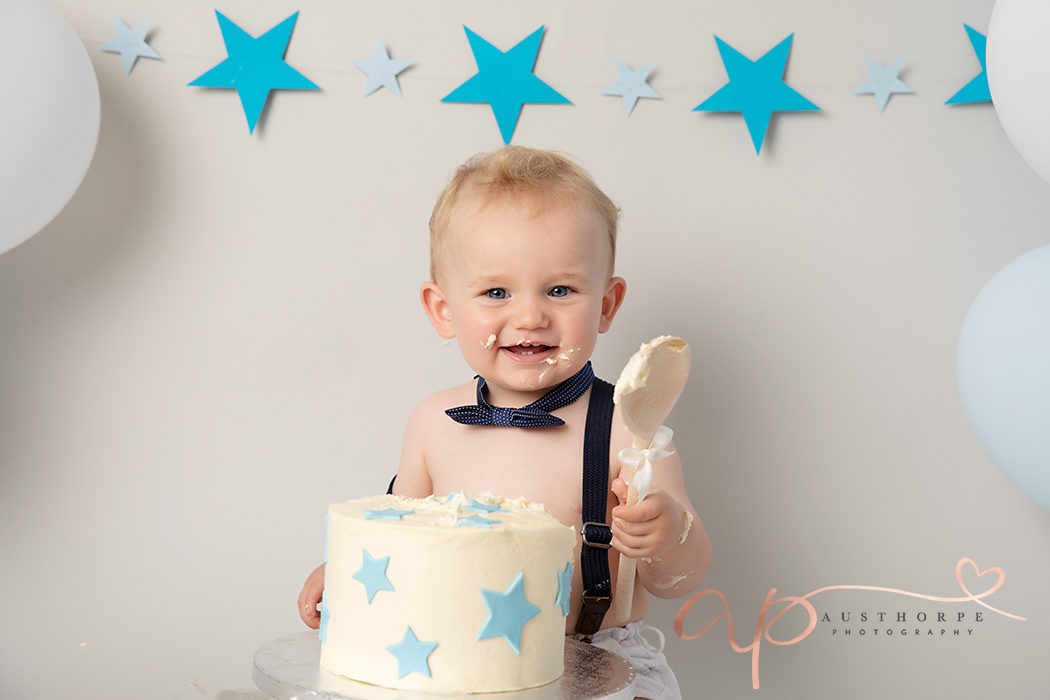 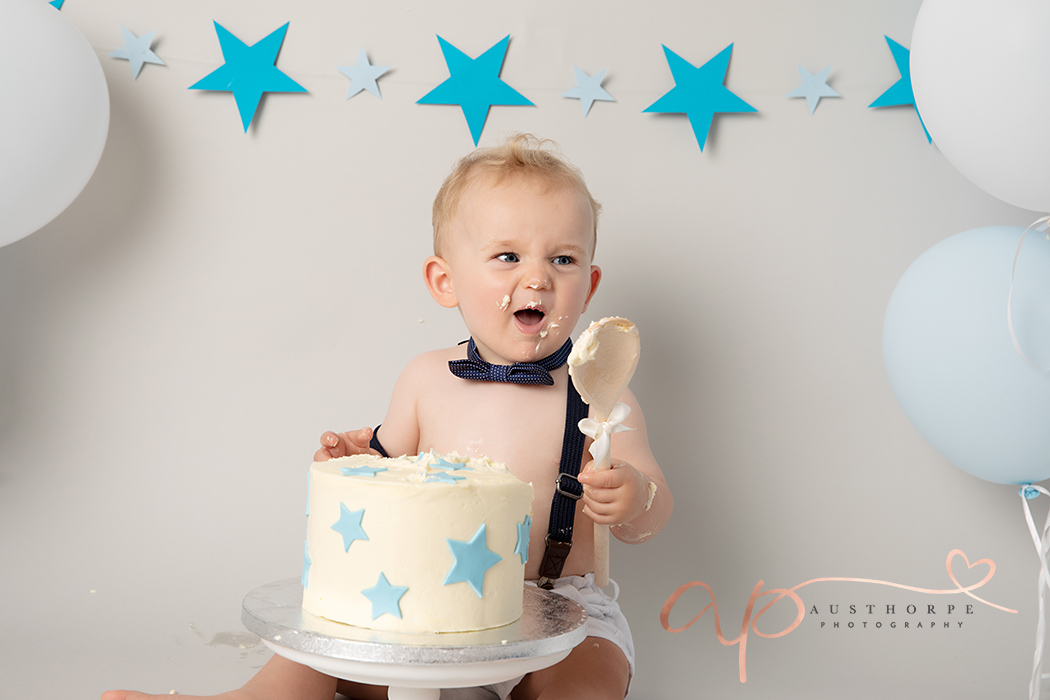 After Charlie was done playing with his cake, we popped him in a bath with lots of bubbles and captured a few shots of him before wrapping him up in a big fluffy towel and getting him ready to head home for a well deserved nap. 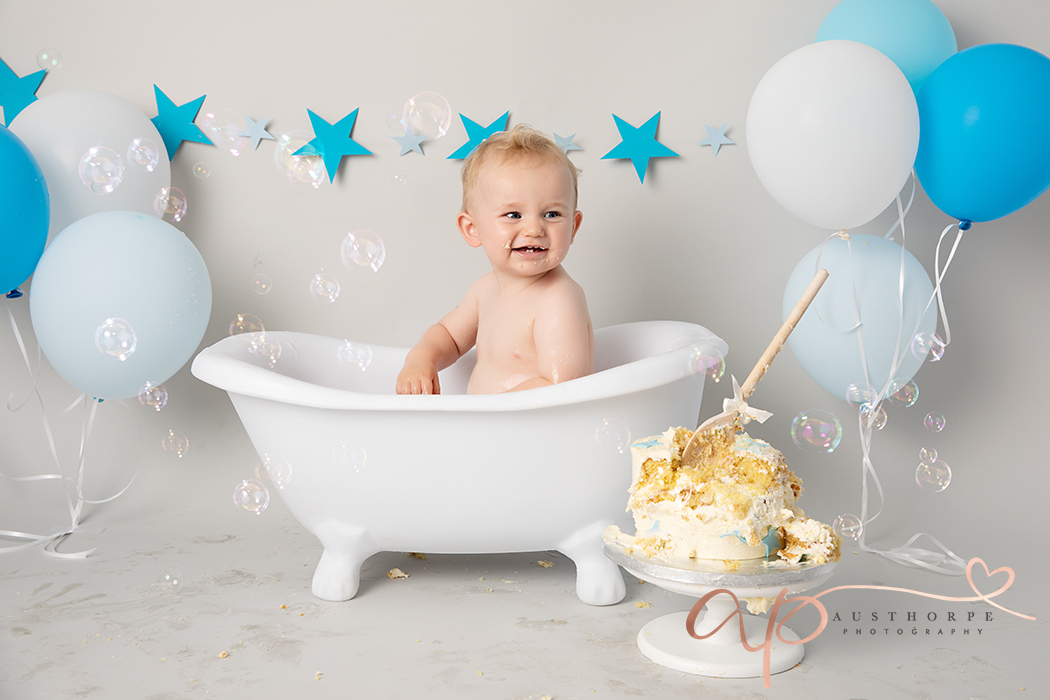 If you would like to know more about my Cake Smash Shoots, drop me a message and I will be delighted to help you plan your little one’s first birthday shoot.